(yes, I did write all these books!)

Why I started writing (and publishing!)

I’ve always been a writer, ever since I was little. We had one channel (sometimes two if reception was good), dial-up internet when I was thirteen (the best available at the time), and the nearest movie theatre was over an hour away, so my sister and I had to come up with our own entertainment in the rural Nova Scotia village where we grew up. I’d make up stories about our cats or my friends and create little books out of paper. I would write my novels when I got home from school, my short story assignments were always too long, and I would journal my days each evening. It was inevitable that I would attempt to pursue writing as a career.

Which, turns out, is a lot harder than twelve-year-old Clare believed.

But I don’t shy away from things that are hard.

So why publish myself? When I started submitting my mammoth-sized manuscripts to publishers when I was fifteen, I researched everything I could about publishing. This research continued up to the second year of my journalism degree, around 2008 when we were all being told that there were very few jobs for writers anywhere.

That was when I started thinking seriously about publishing my own work. I’d look at traditional publishers in North America and think: I could make my books look just as good as theirs, if I had the proper resources, time, and knowledge.

So I continued to write and research, and two years later I graduated with my journalism (honours) degree from the University of King’s College in Halifax, Nova Scotia, and was accepted into the Humber College Publishing Programme in Toronto, Ontario.

It was there I met a lot of great people (including my now-fiance, Dave), and filled in the gaps in my publishing knowledge. I also got a reality check about publishing. It’s not something you can do alone. It’s a lot of work. Like…a lot of work.

Did that make me not want to do it?

No, of course not, you’re here, wanting to know about me and my books, aren’t you? 🙂

I completed the program, worked for different publishers in Canada, and freelanced for various independent authors, publishers, and companies all around the world (still do).

How did I know I was ready to become my own publisher? You’re never going to be 100% ready. I had the knowledge, I had the resources, and I had the time. I jumped in, and published my first book, Within, in 2011.

I’ve been publishing at least one book a year since.

Being my own publisher has taken me to cities I wouldn’t have thought to visit, become friends with people I may never have known, and learn way more about publishing than I ever could from just researching it (although school and my own research did provide a firm foundation).

It’s not always easy. But I don’t do things because they’re easy. Publishing is time consuming, resource draining, and frustrating. I’m always learning something new. Publishing isn’t a one-and-done kind of deal. It’s a lifelong commitment.

I am building something that will outlast me.

The Emerald Cloth (The Violet Fox #3) Darkness In Her Reach (Sparkstone Saga #4)

I sell across the country Selling When You Have Nothing

“I had to take my lemons and squeeze them for as much juice as I could, no matter what my true feelings were. This is the lonely part of entrepreneurship.” I go from a small to large display

“You can’t just put stuff on a table…I had to bring my A-game.”

About Me – Official Bio 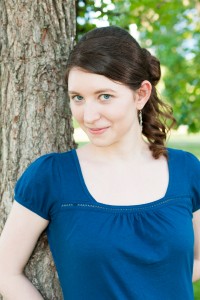 Clare C. Marshall grew up in rural Nova Scotia with very little television and dial-up internet, and yet she turned out okay. She is the founder and author-publisher behind Faery Ink Press, where she publishes young adult science fiction, fantasy, and horror novels. Her fantasy novel, The Violet Fox was given an honorable mention in the 2016 Whistler Independent Book Awards and its sequel, The Emerald Cloth, was nominated for Best YA Novel in the 2019 Prix Aurora Awards. When she’s not writing or fiddling up a storm, she enjoys computer games and making silly noises at her two cats, Pinecone and Pavlova.

Go ahead, take a look!

Take me to the books!