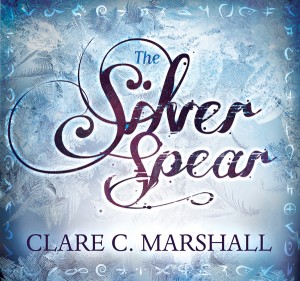 I promised everyone I’d have a big announcement on The Violet Fox‘s birthday. So here it is.

First of all, some “bad” news. I’m switching up some of the release dates. Originally I had The Silver Spear release date planned for June 13, 2014, and The Hunger Inside (Sparkstone Saga #3) for September 13, 2014. I’m switching these around so that The Silver Spear’s release date is now September, and The Hunger Inside is now June. I think this makes more sense. It allows me to go right from Dreams In Her Head (Sparkstone #2) right into The Hunger Inside without taking a break from the world. From a marketing standpoint, I can build momentum easier if I have these two books coming out within a few months of each other. And the third, most important reason I’m doing this is so I have more time to plan the BIG NEWS…

I’m going to do a crowdfunding campaign for The Silver Spear in June, 2014.

This crowdfunding campaign would be to raise money for the print run I’ll be doing. Pretty much everything else will be covered by that point in the game. The number I’m looking at raising at the moment is $4,000. I will have a more precise number closer to the day, but that is the minimum I’ll need for the minimum print run.

All information will be posted on the official crowdfunding page, RAISE YOUR SPEAR, if it’s not at the blog.

I’m under no illusions here–this is going to be a LOT of work. Especially marketing wise. I’ve made some strides in the past year but I have a long way to go. Which is why I want to give myself more than six months to really put this together.

I haven’t decided yet. I keep flip-flopping on this. It wasn’t until about a month ago that Kickstarter allowed Canadian projects, and at this time of writing, I’m leaning towards them. Indiegogo looks great, and the main draw for me is the flexible funding–the ability to keep any money raised, even if the goal is not met. However, more projects are successful on Kickstarter not because they’re more popular, but because people can pledge their money “safely” knowing that if a project is not funded, their credit card isn’t actually charged. All or nothing. Good for the investor, scary for the project creator like me!

Yes, there will be lots of perks. I’ve made a tentative list and I’ll release it as soon as it’s mostly finalized.