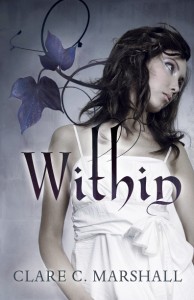 “Could you tell me what happened?”
Ellie fidgeted in her seat and didn’t look Dr. So in the eye. Her hair hadn’t been brushed recently, and little blond-brown pieces rebelled from her scalp and stuck up like she’d been electrocuted. The hour had just started; it was going to be a long session. “I don’t want to be here.”
The school counsellor didn’t respond. After nearly twenty years, he was used to the resistance that teens showed toward expressing their feelings, especially after a traumatic event. It took time to accept what happened, and in this case, it would take a lot of work for Ellie Emerson to realize that what happened to Trinity was not her fault. The unconscious—if such a mechanism did exist—was a powerful force, and hated to see the conscious mind suffer. He lifted his Citadel High mug, fresh hot coffee steaming from the top, and let it hover before his lips.
“That’s fine, Ellie. Let’s talk about Trinity. Tell me about her.”
Dr. So knew that it wasn’t the best question he could’ve asked, but he was determined to accomplish something within the hour. Ellie repeatedly clasped and unclasped the fabric of the couch.
“You knew her,” she grumbled.
“You knew her best,” Dr. So replied.
“Not really.”
“Who knew her better?”
“Probably Zack.”
“Her boyfriend.” Dr. So paused. “But I’m asking about your relationship with Trinity, not his.”
“What does it matter?” Ellie spat. Her eyes were red from crying, and her voice wavered with the mention of Trinity’s name. “She’s…Trinity is…”
Dr. So leaned forward in his chair. This could be it. “Tell me what happened that night, Ellie.”
Ellie drew in a deep breath through puckered lips, as if sucking in all of the oxygen in the room would stop her from bursting into tears again. She bit her trembling lip and began.
“We were finishing up a school project at my mom’s house…”

Liked what you just read?

Own your own copy of WITHIN! Available in eBook & paperback formats.