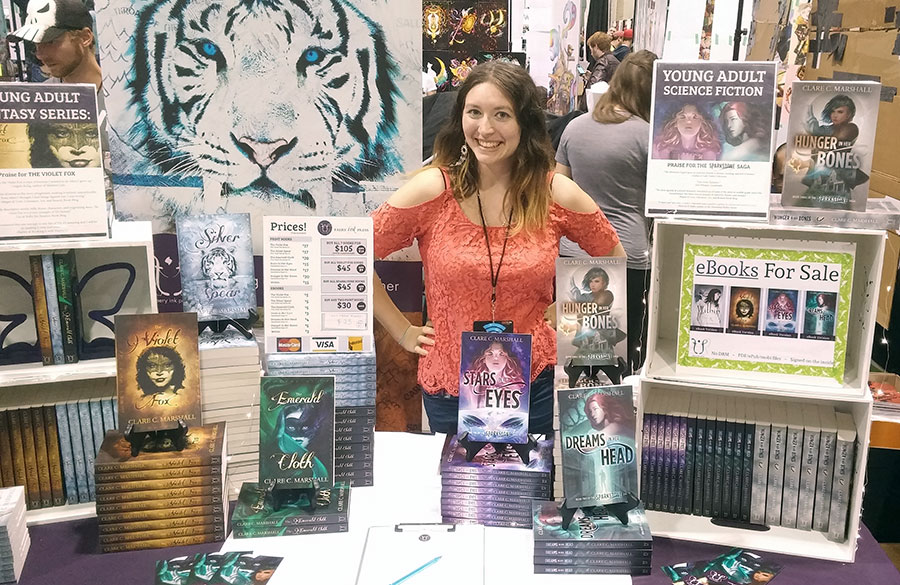 Also I met my friends Brianne and Jake, and they helped me load in the stock I’d shipped ahead. It was nice to visit, even if briefly! THANK YOU so much for your help!!
Once me and my things were in the convention centre, and I’d grabbed my badges, set-up was a breeze. 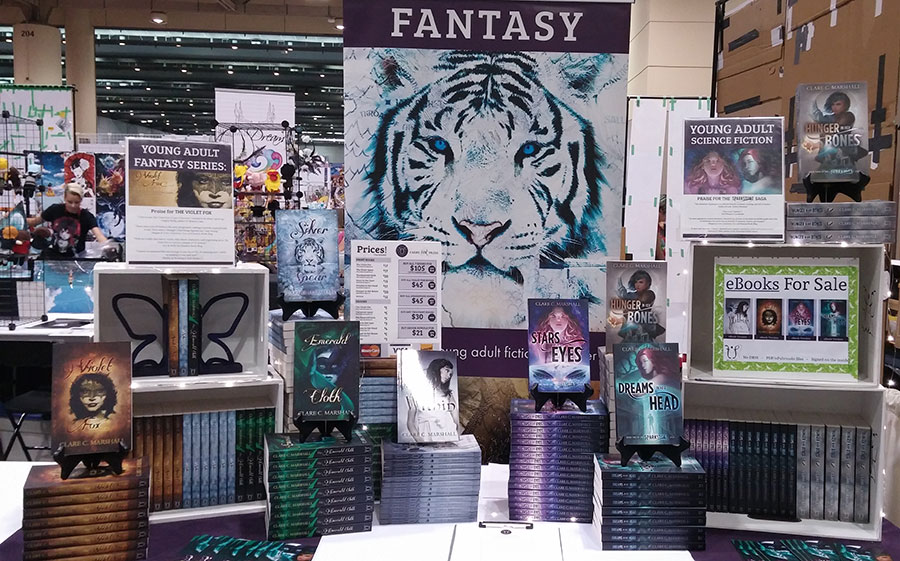 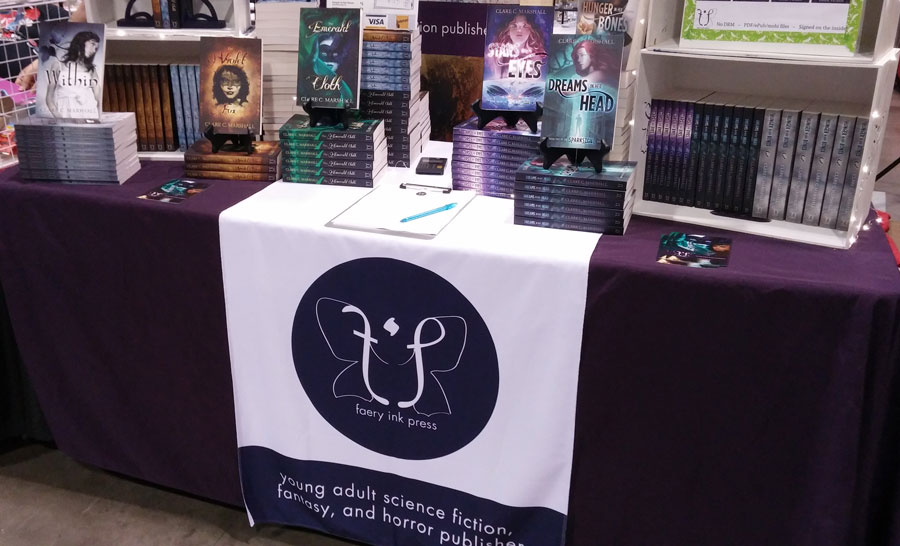 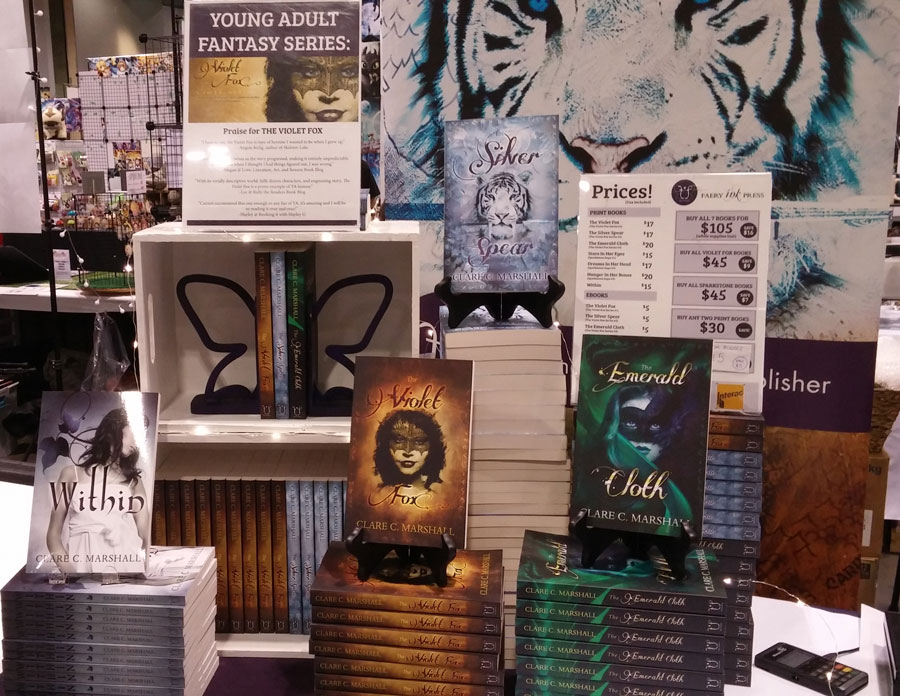 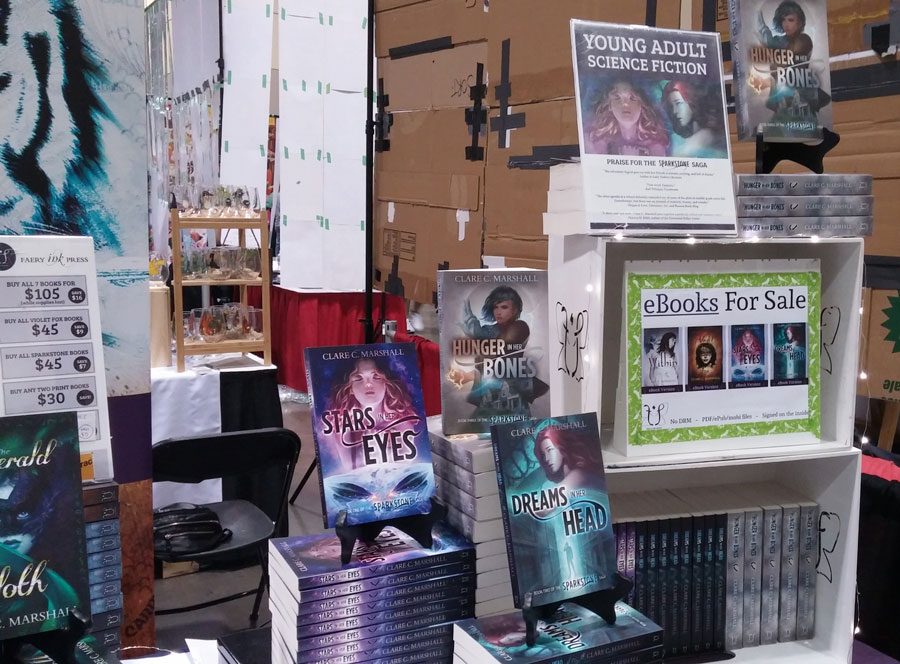 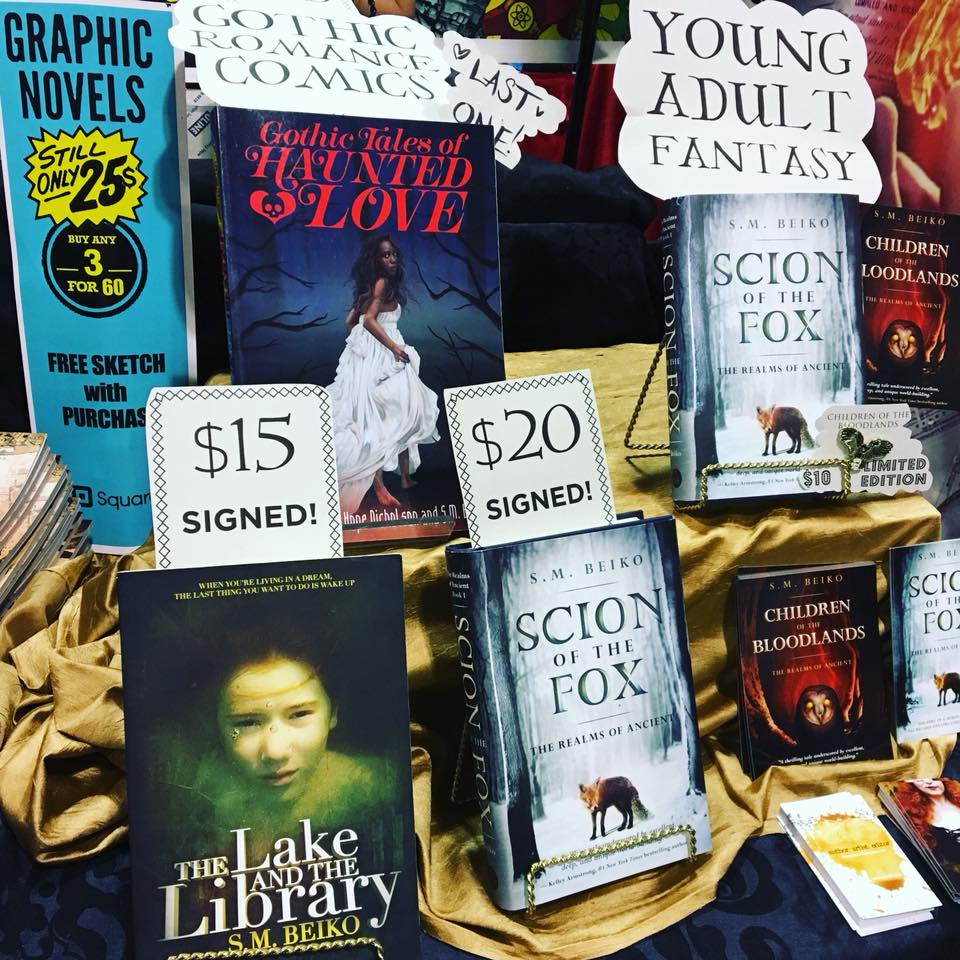 For Fan Expo Canada this year, I had twenty-five percent on each day. A flat line. Not only that, I had large windows of time with no sales. People would buy immediately in the morning, and then trickles throughout the day, and then a big chunk at the end. Now, I’m used to the afternoon lull, that’s to be expected. But a lull from 11am to 3pm?

Not that I’m getting no people. On the contrary. I’m chatting up potential customers, people are taking my cards, people are interested.

Here’s why I think people weren’t buying:
1. Herd mentality. Especially on Saturday, you could barely move. People were shuffling by, looking, taking cards, but they didn’t want to stop. They just wanted to get through.
2. Overstimulation. There’s two buildings, so many artists, many large displays. I can compete with that, but I can’t compete with a headache.
3. Engagement on their terms. They didn’t want to have a conversation. They just wanted to get on ABC place to get XYZ item, and I’m an unexpected attraction. They’d take my card and look me up later.
4. Low Return. Many customers I was positive would return, didn’t. I have a pretty high return rate. This is because people want my product, but they don’t want to carry it around the show with them. I feel people didn’t return because they couldn’t physically get through the crowds on Saturday and Sunday. My customers on Thursday and Friday returned as normal, because it was less busy.

I shipped a ton of boxes ahead of the show and sold through most of them and took remainders home in suitcases. I availed myself of Greg and Justin’s travelling pallet and put some boxes there—they will meet me in Saskatoon. This is something I’ll look into doing in the future. I have seven books now, and I need to bring at least a box of each to a show—two boxes when it comes to the Violet Fox Series. Having travelling stock that I can keep track of will save me so much stress, time, and money.
I have six more confirmed shows—still waiting to hear back about a few Christmas spots—and I’ve already surpassed my 2017 con sales numbers. 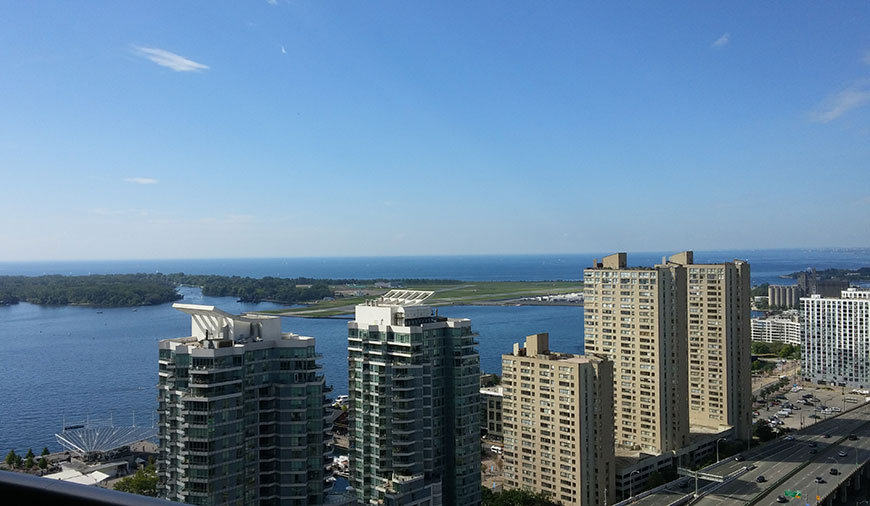 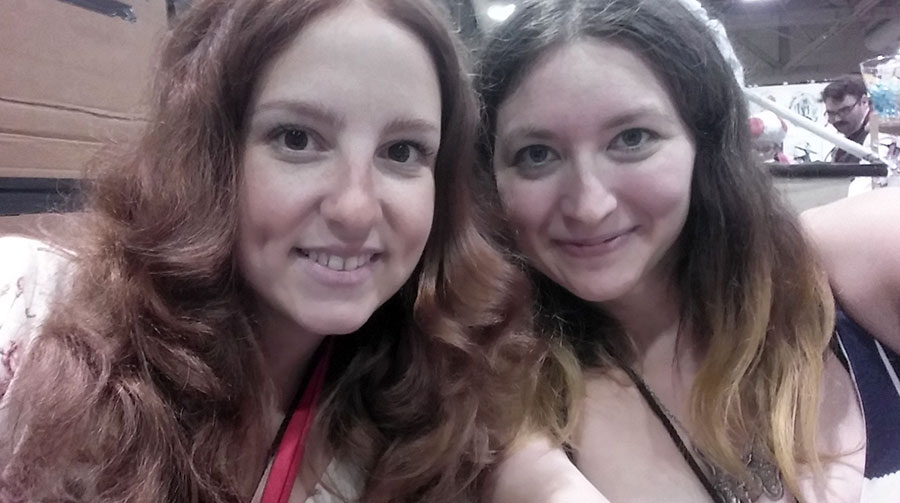